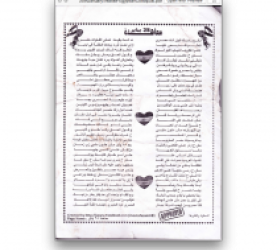 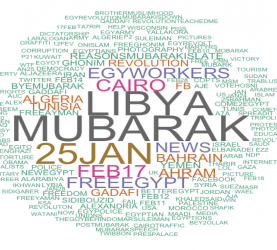 The Tahrir Documents Project was established by Levi Thompson, Cameron Hu, Elias Saba and Emily Drumsta with the aim to digitize, translate, and post online printed discourse collected during and after popular demonstrations of the 2011 Egyptian Revolution. Established in the spring, the group grew into a review board with approximately ninety volunteer translators located in Egypt and abroad. The Tahrir Documents project was not affiliated with any of the groups or authors whose works appear with translations on the website, or with any foreign or domestic organization. From March 2011 to May 2012, the group continuously worked to scan and translate collected documents with the aim of sharing them with the public. Over five hundred scanned documents, diverse in both type and content, were published alongside partial to complete translations on the group's website, tahrirdocuments.org.

Project flyers, newspapers, and other ephemera were obtained from and around Midan Tahrir, epicenter of the Egyptian Revolution. The collection contains over 500 items Arabic language, including poetry, personal essays, advertisements, missives, political party communications, protest flyers, and activist newspapers. Among these are: guidelines for moral conduct post-revolution, announcements of new political parties and presidential candidates, articles debating the details of constitutional amendments, and sections from activist newspapers including Gurnal and Revolutionary Egypt.

The collection was donated to the UCLA Library by Levi Thompson, Cameron Hu, Elias Saba, and Emily Drumsta in 2012.