On March 21, 1960, South African police fired on a group of Africans who were protesting in Sharpeville township against the apartheid policies of the government, killing and wounding as many as 330 victims. 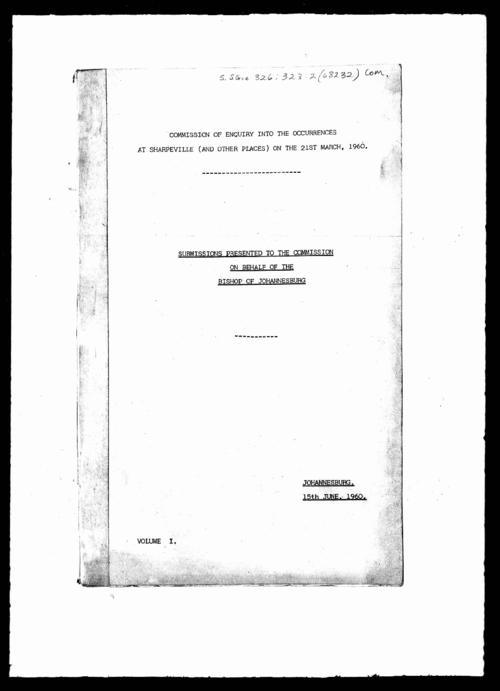 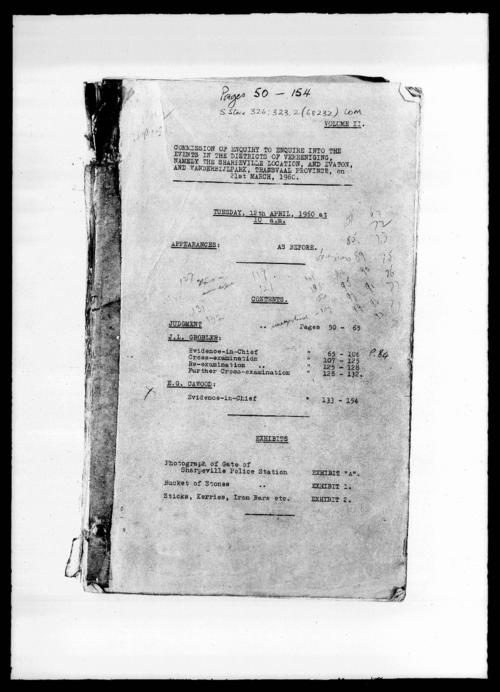 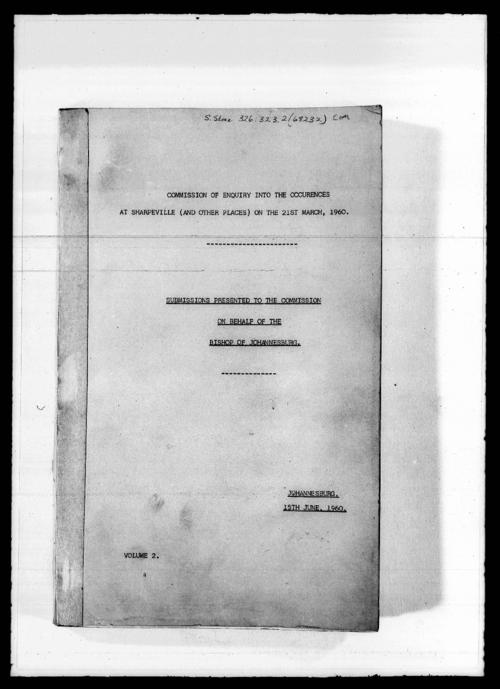 Read the Commission of Enquiry report

While news of this massacre spread around the world, leading to condemnation of the government as well as the birth of an international anti-apartheid movement, news and investigation of the tragedy inside the country was quickly silenced. In the wake of “Sharpeville” - the name of the township in which the shootings took place but soon a substitute term for the incident itself – African political organizations were outlawed and new laws were imposed to silence and detain anyone who criticized the government. For more than 30 years, the circumstances surrounding the Sharpeville Massacre were carefully hidden while nevertheless this event came to epitomize the stark face of apartheid and the cruel consequences of any opposition to the government. As such, “Sharpeville” has been viewed as a turning point in South Africa’s history.

While little was known about the event for over 30 years, the apartheid government had in fact carried out its own investigations of the massacre, primarily for the purpose of identifying African organizations and individuals whom the police hoped to hold responsible for the protests. Key to their investigations was identification of someone in the assembled crowd who could be blamed for firing first on the police, thereby justifying the massive armed response. A Commission of Enquiry was immediately launched in 1960 with this question in mind, and the commission interviewed over 100 witnesses including police, officials, and residents of Sharpeville. A report by the “sole Member and Chairman of the commission”, Judge P.J. Wessels, was released absolving the police of responsibility for the shootings in the face of what was deemed to be a dangerous crowd, but never naming a responsible shooter, either in the crowd or among the police.

In addition to the Commission of Enquiry, the government also lodged charges against over 70 residents of Sharpeville who it believed were responsible for initiating and leading the protest. During the course of the trial – Regina vs. Monyake and others - 147 witnesses were called to testify, 41 of whom had already been questioned by the Commission of Enquiry. In the end, most of the defendants were found not guilty of public violence due to lack of direct evidence while five were found guilty.

The complete transcripts of the testimony presented to the Commission of Enquiry and to the courts in the case Regina vs. Monyake form this digital collection. These documents were saved on six microfilm reels and they appear to be comprised of documents held by the defense attorneys in Regina vs. Monyake. The documents were filmed out of order and all six reels were simply labeled, “Commission of Enquiry into the Events in Sharpeville,” with no reference to the court case. Few copies of the microfilms existed, limiting their accessibility, while their haphazard organization made them difficult to use.

These records are now available for use, having been organized and indexed. Individuals can be searched by name in the documents. For example, entering the name “Sobukwe” directs to Volume 49, page 3217 of the court case where there are 67 pages of testimony given by Robert Sobukwe in the case.

For ease of use, the records of the Commission of Enquiry and the court case have been labeled separately and organized as follows: