Cinemateca de Cuba  was established on February 6,1960, a year after the foundation of ICAIC. According to its founding objectives, its main purpose will be, "in addition to ensuring the conservation of the great works of world cinema and of all cinematographic material that originates in our country in particular, the greatest dissemination of these works for the general public, and especially among filmmakers, historians, sociologists, critics and film scholars." 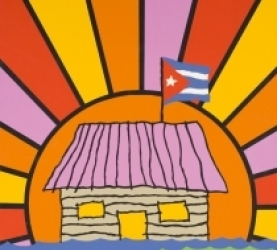